skip to main | skip to sidebar

Novi Vinodolski – Not One, But Two New Marinas! 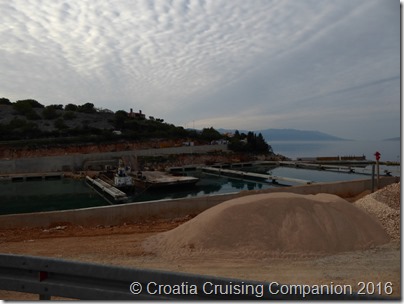 Glancing at a few of the recently published new editions of pilot books, you’d think that the new marinas at Novi Vinodolski were one of Croatia’s best kept secrets and yet the Croatian Tourist Board announced the projects in 2011. The pontoons in the main harbour are almost complete whilst it looks like the new marina just east of the city centre may not be too much further away. The photo above shows it in May this year.
The “Town Centre” marina will offer around 220 berths and Marina Muroskva, further east, about 170, plus around 320 dry berths. Novi Vinodolski already has a fuel station, a small harbour for local boats and moorings for smaller boats in the river mouth. 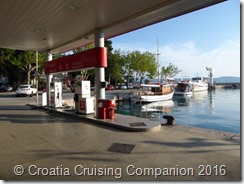 It’s a fascinating town of a different era and this substantial investment in nautical tourism may well inspire other projects and further modernisation. Read more about the town itself on sister site Croatia Online
Finally, on the weather front, the interesting sky in the morning. in the main picture, was followed by another beautiful Croatian sunset. 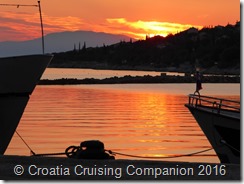 Update 27.3.2018 - have a look at the article on the following link for progress on the two marinas and even more investment in the region to come - Total Croatia News - Is Novi Vinodolski Becoming A New It Destination?
Posted by Jane Cody at 12:57 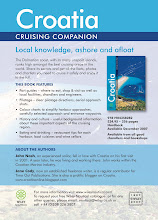 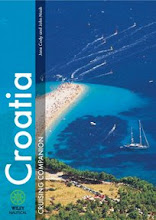